Should you buy a Chinese Chef’s knife or any other VG10 Chinese made knife? After my research, I have bought my first VG10 Damascus Chef’s knife from China. I have my doubts about the reliability and the information they gave me around their chef’s knife. I own 2 Shuns one Santoku and a Yanagiba and I love to use them but there are definitely better knives around. They used a lot of different knives when I was working in an Asian Fusion kitchen. Each chef has their own collection. I tried a few of their knives too since I asked to test them before buying one myself.

Japanese and German knives I have tried so far are:

Disclaimer: The above-mentioned knives were not all chef’s knives. But I will not compare the Yanagiba knives for this purpose.

Wich Knife is the best? A Japanese, German or a Chinese Chef’s knife?

Each knife had their pro’s and cons, Global is absolutely fine they have a wide range of different knives and since I worked mostly in the Japanese kitchen than the Chinese kitchen I have used a lot of different types of knives. When I first started working my first knife was a Wusthof 20CM Classic Chef’s knife. I worked on their traineeship program since I had no experience in the professional kitchen and never went to culinary school. So there is no answer in which knives were the best they all shined in their own field.

Should you buy a Japanese VG10 Damascus Chef’s Knife from China?

I did my research and I finally have decided to buy a VG10 Damascus Chef’s Knife from and made in China. But before you buy one for yourself you need to consider a few things. The price is what made me buy the complete collection. Right now I can’t tell you if they are worth it or not. Most if not all the knives offered on AliExpress tell you in the title that they use Japanese VG10 but in the description, they list the material as 10Cr15CoMoV which is a Chinese steel type and they claim that it is identical to Japanese VG10 steel.

Why is the Chinese VG10 Chef’s knife so cheap?

The reason why it is so cheap in China is that of the labor cost and how they make the knife. The knives are mostly made by machines. I bought the collection since that gave me a 55% discount. So I bought each knife for 31 euro ($36). A normal discount for a chef’s knife is 47 euro ($50). If you buy the knives, not in discount you pay full price at around 94 Euro ($100). If they can deliver what they promise then I find the price of 47 euro ($50) a steal! And it will shake up the knives industry pricing model. And the number one secret is the Chinese steel type 10Cr15CoMoV which is cheaper than a Japanese VG10.

Is the made in China knife really a VG10 Damascus steel from Japan?

Let me be clear Damascus is just naming for the finished layered look on the knife. Hammered Damascus will give you a hammered look with air pockets on the knife. Lasered (printed) Damascus is not Damascus they only lasered the look on it so after a longer period of use the Damascus look will fade away. Damascus is folded welded steel into a pattern. More layers do not make it any better and it is only for the looks.

The core itself is where the magic is. The Chinese knives manufacturers are all claiming things in their title like ”73 layers Japanese VG10 Damascus steel chef knife” but beware that you absolutely need to read the description first before buying. Have you heard about Dalstrong? They started, like the others that are selling their knives in China or AliExpress. Right now there is only one Chinese brand that sells their knives that they claimed to be imported VG10 steel from Japan but more about that later. So in short no, most of the knives advertised as Japanese VG10 knife are not the VG10 steel imported from Japan.

Japanese VG10 Steel made in China?

I already talked about hardness in this article ”What you need to know about kitchen knives”. But let’s summarize it, so that you understand why the Chinese knife makers put the ”Japanese VG10 Damascus Steel” in their title or description. We look at the Rockwell Hardness (HRC).

Of course, these are just guidelines. The manufacturer and where the knives are made has a huge role in the quality.

Now let’s look at the steel from China

In Japan, they call their special steel VG10 or VG Max. They can reach 60 to 61 HRC for all Japanese knife manufacturers. They don’t reach under 60 or above 61HRC that is how good the quality control and how good their knife forging is in Japan. In China, they have imported Japanese VG10 steel or use Chinese steel that is pretty much the same as VG10 steel in terms of Hardness.

The Chinese version VG10 steel is called 10Cr15C or 10Cr15CoMoV. It can reach an HRC of 62, but this all depends on the manufacturer and the forging progress. That is why they put 62 in the title and their advertisement in the description. But once you read the small details then you pretty much know that that is a lie and they put in 58 to 62 in the small detail section. And let’s be honest if they sell an HRC of 58 for $50 it is a pretty good deal. Also when they claim to have the imported VG10 steel from Japan it can still go to 58HRC when manufactured in China

If you are going to buy a Chinese knife make sure to compare it with the following and avoid strange claims or false advertising. What you will notice is that we can put some Chinese steel type in a wider range of HRC and that is why they all put +/- 2HRC behind the claimed HRC since it depends on the quality control. It is a gamble in which quality you get. Chines manufacturers use CrMo/CrMoV Steel Series so the manufacturers are unknown. A Claimed 60HRC can be 58 to 62 HRC so take that in mind while looking at the list below.

When you search on AliExpress you will see that the above list is the most used material for the Chinese knives.

Let’s take a deeper look at the Chinese branded VG10 knives. On AliExpress, you will find the most common brand if you type ”Japanese VG10 knife”. They are , MYVIT, Upspirit, , Xituo, , Qing, Grandsharp, XinZuo and Sunnecko. For some reason AlieExpress does not acknowledge as a brand on AlieExpress anymore they were in that list too but got removed recently but more on that soon.

What do they all have in common

If you look closely you can see that the design is pretty much the same for all the brands and the only difference is the logo. That is why you must look at the description and what they claim. I think that they are all made from the same manufacturer but they only put their brand on the knives. So I will suggest that you look at the design and buy the cheapest one without looking at the brand.

or Yousunglon VG10 Imported Japanese steel made in China

knives. All the old design looked exactly the same as the other brands on AliExpress. They are also the only one that says that they have imported the Japanese VG10 steel from Japan on a select few of their knives (which has a different handle and blade). But here comes the problem the HRC on the select few are 58HRC to 60HRC this indicates that they are not ready to forge this kind of steel like they do in Japan.

In Japan, they will not go below 60 or above 61HRC. And since is the only brand that got a bit more famous because of the internet they have decided not to sell any of their knives for $50 dollars anymore. They have increased the price for each knife around 3 to 4 times now to $160 up to $400. So I think that they want to be like Dalstrong and overprice their knives because they got a name now. I can’t recommend Sunglon now at full price and I’m pretty sure that they will be going out of AliExpress website and go on their own route by selling it on their own website or knife distributors sooner or later. If they fail to distribute the knives on their own website then I’m sure that the price will drop to around $50 to $70 dollars again.

Disclaimer: They still offer 10Cr15CoMoV Chinese VG10 on most of their knives so make sure to read the details and descriptions. And the price is $160 so you are better with another brand that offers the same for $50. You will only find this brand if you type ”Yousunlong” for some reason AliExpress deleted the search term Sunlong for this seller.

Edit: They replaced all the older knives that they sold with the new design and handle. According to the new description they are all imported Japanese VG10 steel so no more 10Cr15CoMoV. They also added a 50% discount on their complete collection which will make the knives around $20 to $30 dollars more expensive (total around $70 to $80) but they do claim that they imported the VG-10 steel from Japan.

The knife set is from Yarenh which is not listed as a brand on AliExpress. All knives look exactly the same as all the others and they are one of the select few that is honest about the material, they use
”10Cr15CoMoV” Chinese version of VG10 steel. Or at least they are not trying to hide it in their description.  They are also the cheapest during my order. There will be a review once my Yarehn knife set is delivered. 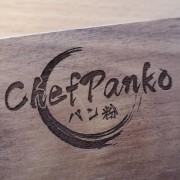 What you need to know about kitchen knives

Any cookies that may not be particularly necessary for the website to function and is used specifically to collect user personal data via analytics, ads, other embedded contents are termed as non-necessary cookies. It is mandatory to procure user consent prior to running these cookies on your website.